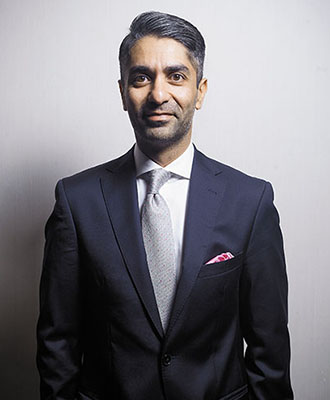 "The first Indian to win an individual gold medal at the Olympic Games, Abhinav’s name is synonymous with precision. A professional shooter and businessman, Abhinav talks about mastering the art of precision through perseverance. A young idol to many, Abhinav’s journey motivates people to work hard and persist to achieve their goals.

Right from an early age, Abhinav showed an interest in shooting, and had an indoor shooting range installed at his home in Patiala. At the young age of 15, he represented India in the 1998 Commonwealth Games as the youngest participant in the tournament.

Abhinav created a new junior world record score of 597/600 in the 2001 Munich World Cup and won the bronze medal. He went on to win 6 Golds in various international sporting events, including being the first Indian to win the gold at the 2006 ISSF World Shooting Championships. And then rewrote history at the 2008 Beijing Olympic Games, where he secured India’s first individual gold medal in the 10m Air Rifle event.

Abhinav has held influential positions on the Board of Advisors at GoSports Foundation, and the Indian Olympics Association (IOA), where he was Goodwill Ambassador for Rio 2016. Now retired, Abhinav continues to be an inspiration to aspiring shooters everywhere."